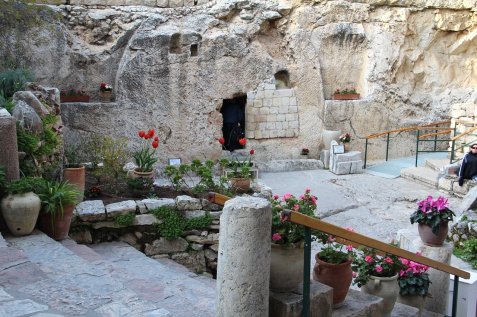 As I read about Christ’s glorious Resurrection this morning, a phrase from today’s Scripture jumped out at me: “as he said.”

And shall deliver him to the Gentiles to mock, and to scourge, and to crucify him: and the third day he shall rise again. – Matthew 20:19

… but they seemed unprepared for both the Crucifixion and Resurrection. They were perplexed by the empty tomb – except, perhaps, for the Apostle John, who seemed to comprehend what had truly happened to Jesus when he peered into the sepulchre.

Then went in also that other disciple, which came first to the sepulchre, and he saw, and believed. – John 20:8

As I’ve studied Scripture, I’ve often wondered how the disciples could have been so obtuse. How could they have missed that Jesus would have to fulfill all the prophecies concerning the Messiah?

Furthermore, how could they have disregarded what Christ clearly told them himself, more than once?

But then, if I put myself in their place, I know that I am certainly no wiser than they were. I imagine that the concept of a Savior whose mission was to die, rather than to become a conqueror who would save them from Roman rule, would have been mind-bending. 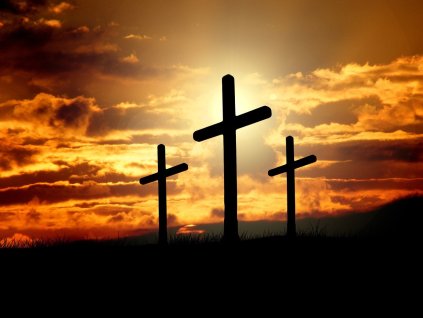 I would have seen Jesus’ miracles in person. I would have known that he had the power to rescue his people in any way he chose.

I would have refused to believe that his choosing a brutal death could provide salvation not only for the Jews, but for all mankind.

But that’s what he said.

Yes, I would have missed what Jesus was trying to tell me as well. I wonder, how often do I still miss what the Lord is clearly telling me, whether through Scripture or through the circumstances of my life?

I have sometimes struggled with the answer to a dilemma, when I should not have struggled at all. The answer was already clearly spelled out in Scripture, or being softly spoken by the Holy Spirit.

I just needed to listen.

Have you ever imagined what it was like to be a disciple? Have you ever missed what the Lord was trying to tell you? I appreciate your wisdom, as always! 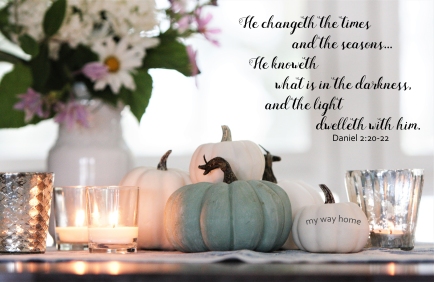 Published by My Way Home Life

I'm a freelance writer, mom, and wife who's all about being at home. I'm a do-it-yourself-er who focuses on home-related projects (I always have a few going!). Above all, I try to focus on using my life to prepare for my heavenly home. View all posts by My Way Home Life

Everyday Life with Shae and Paul

Thoughts from an American Girl and a Nigerian Guy

Visuals from the heart.

This Life Until Then - Debi Spurlock

Artist inspired by my garden, the seasons, folklore and fairytales

I Have Something To Say

Thoughts for disciples along the Way

Finding the Gospel of Jesus Christ showing up on the ground, with Christ and Heaven in our sights.

home is where the heart is, but it doesn't have to break the budget. Here's to pinching pennies and DIY-ing our way to a happy home (and heavy wallet).

A Wife, My Verse, and Every Little Thing

A blog about faith, family, failure - and - more importantly, the courage to keep going.

For the Love of

The truth of God's love, the Encouragement we all need and occasional humor

For Stressed out Christians

Every day applications of biblical truth

Grace Over Pain
Mission:Loved
Hiking New Hampshire's 48 4,000 Footers and Beyond

Getting to the top of the 48 4,000 footers in New Hampshire's White Mountains and all sorts of other neat places.

To See Your Beauty

One thing have I asked of the LORD, that will I seek after...to gaze upon the beauty of the LORD

The Life of a Christian Teen

It's time to finally reach it all

Seeking God in the Little Moments

Discussions on life influences and travels

Called by Jesus to journey here with good news.

An adventure into living a life more positive, healthy, happy and grateful.

"Don't let anyone look down on you because you are young, but set an example for the believers in speech, in conduct, in love, in faith, and in purity."

Walking with Christ we are all one stone away from victory.

Megan Bugg's journey through cancer as told by her father.

I am a Christian, a retired teacher, a mother and a grandmother. I love to read and I love the Lord Jesus Christ! Unless otherwise specified ,all visual illustrations are from the YOU VERSION APP of the Bible.

My Mess | His Message

A blog about the Intersection of Faith, Policy, and Economics.

Women encouraged to be transparent, honest, exposed, and vulnerable

It's not about me. It's all about my Lord and Savior Jesus Christ!