Last weekend, with joy and a few tears, we celebrated my oldest son’s sixteenth birthday. 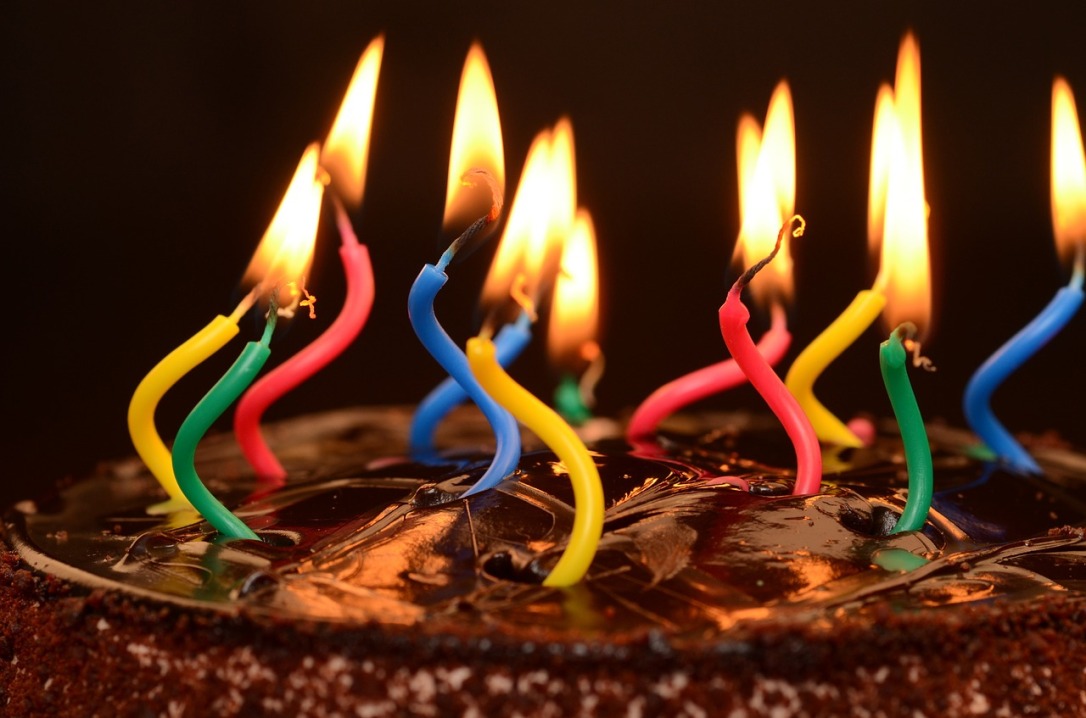 For Aidan, as for any American teenager, this birthday is a milestone because he’ll receive his driver’s license this year. And he’s earned it. He’s got a lot of common sense and good driving instincts, and he’s logged many hours of driving in both the city and the country.

But for Aidan, turning sixteen was especially worth celebrating because of the transformation he’s made in his life this year. Perhaps most impactful was his decision (as YouTuber Amy Landino says) to “just do the thing.”

You see, Aidan is a more laid-back sort who, for most of his life, has relied on his dad and I to direct his steps. He has always been tender-hearted and obedient, yet not proactive.

But within the past six months, he has decided to wake early, work out, listen to sermons, read more, study harder, and start a business building and selling gaming computers.

His dad and I are so grateful to see a foreshadowing of the responsible man he will become!

Aidan’s recent growth reminds me of the Bible story of Gideon, famously reluctant to believe that God had chosen him for the mission of defeating the Midianites.

Judges 6 – 7 tells of Gideon’s quest for stronger faith and the defeat of Israel’s enemies. How tenderly God led Gideon along, never scolding as Gideon requested sign after sign that he was the right man for the mission.

And Gideon said unto God, Let not thine anger be hot against me, and I will speak but this once: let me prove, I pray thee, but this once with the fleece; let it now be dry only upon the fleece, and upon all the ground let there be dew. – Judges 6:39

Of course, it wasn’t just “this once” that Gideon asked for a sign. But God led Gideon along slowly, increasing his faith in baby steps rather than giant leaps.

And in the end, the gentle, fearful, humble Gideon ended up defeating thousands of Midianites with just three hundred men, armed only with trumpets, torches and pitchers –  no swords needed. With God on his side, Gideon was finally able to take a leap of faith and just do the thing.

What do you consider to be the thing God intends for you to do? Is something holding you back?

Published by My Way Home Life

I'm a freelance writer, mom, and wife who's all about being at home. I'm a do-it-yourself-er who focuses on home-related projects (I always have a few going!). Above all, I try to focus on using my life to prepare for my heavenly home. View all posts by My Way Home Life

10 thoughts on “Just Do the Thing”

Everyday Life with Shae and Paul

Thoughts from an American Girl and a Nigerian Guy

Visuals from the heart.

This Life Until Then - Debi Spurlock

Artist inspired by my garden, the seasons, folklore and fairytales

I Have Something To Say

Thoughts for disciples along the Way

Finding the Gospel of Jesus Christ showing up on the ground, with Christ and Heaven in our sights.

home is where the heart is, but it doesn't have to break the budget. Here's to pinching pennies and DIY-ing our way to a happy home (and heavy wallet).

A Wife, My Verse, and Every Little Thing

A blog about faith, family, failure - and - more importantly, the courage to keep going.

For the Love of

The truth of God's love, the Encouragement we all need and occasional humor

For Stressed out Christians

Every day applications of biblical truth

Grace Over Pain
Mission:Loved
Hiking New Hampshire's 48 4,000 Footers and Beyond

Getting to the top of the 48 4,000 footers in New Hampshire's White Mountains and all sorts of other neat places.

To See Your Beauty

One thing have I asked of the LORD, that will I seek after...to gaze upon the beauty of the LORD

The Life of a Christian Teen

It's time to finally reach it all

Seeking God in the Little Moments

Discussions on life influences and travels

Called by Jesus to journey here with good news.

An adventure into living a life more positive, healthy, happy and grateful.

"Don't let anyone look down on you because you are young, but set an example for the believers in speech, in conduct, in love, in faith, and in purity."

Walking with Christ we are all one stone away from victory.

Megan Bugg's journey through cancer as told by her father.

I am a Christian, a retired teacher, a mother and a grandmother. I love to read and I love the Lord Jesus Christ! Unless otherwise specified ,all visual illustrations are from the YOU VERSION APP of the Bible.

My Mess | His Message

A blog about the Intersection of Faith, Policy, and Economics.

Women encouraged to be transparent, honest, exposed, and vulnerable

Bringing light to the darkness and hope to the hopeless.